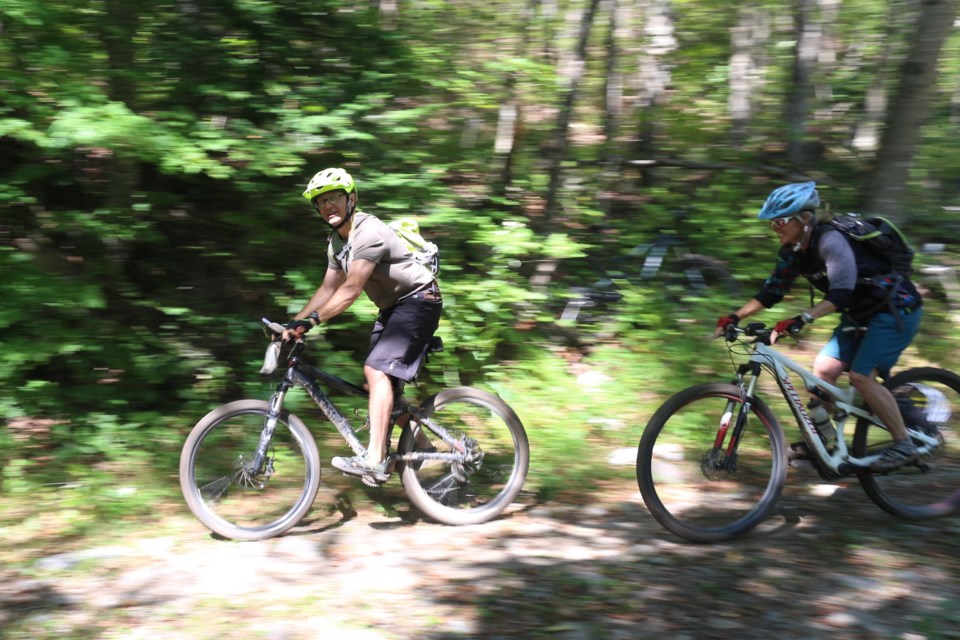 In the context of a global pandemic, it seems like everyone is facing some level of uncertainty and anxiety. While many have turned to baking banana bread or cutting their own hair at home, cycling expert and shop owner Jan Roubal says cycling can be a great coping mechanism.

“I truly think riding a bike makes people’s lives better,” especially in the face of the Coronavirus pandemic, said Roubal. It can be “one of the healthiest” activities to take up to reduce stress in these trying times.

Roubal is a former cyclist with the Ontario Provincial Team and has been in the bicycle business since he was a teenager. He's now the owner of Vélorution Bike & Ski, a Sault-based store that specializes in bicycles in the summer

"With the world going more digital, [cycling] is an opportunity for people to detox and not have their phones blowing up on them," said Roubal.

“It’s good for your mental health and physically, one of the best exercises you can do,” he said. “It also gives you more of a sense of community,” which is especially important when people are encouraged to social distance.

Outside of the context of a health crisis, cycling offers physical, mental and social benefits to those who practice regularly. This has been proven by a health study by researchers from the University of Utrecht in the Netherlands.

This study quantified the health impact of 500,000 people who replaced short, daily car rides with bike trips. The study's goal was to determine whether the health benefits of cycling outweigh the determinants, such as more exposure to pollution and the risk of injury.

It suggests that the subjects of the study were at lower risk of developing cardiovascular disease. Although bikers are more exposed to breathing in pollution and at higher risk of injury than drivers, these risks are significantly offset by the health benefits of biking.

The researchers concluded that “on average, the estimated health benefits of cycling were substantially larger than the risks of cycling relative to car driving.”

According to the study, those who make the switch will live three to 14 months more than those who did not. The study continued, “for the society as a whole, [the health benefits] can be even larger because there will be a reduction in air pollution emissions and eventually fewer traffic accidents.”

This sentiment was echoed by Roubal, who said “I’d rather know I’m doing something to combat pollution … rather than driving and breathing cleaner air.”

Moreover, bikers in Sault Ste. Marie are uniquely privileged for their environment. In February of this year, senior city planner Stephen Turco announced a plan to invest $726,000 in bike routes and multi-use pathways. By the end of the year, the city expected to have a total of roughly 50 km of active transportation lanes.

Saultites interested in road cycling have access to the 22 km long Hub Trail and Goulais River. Those willing to travel slightly out of town can also experience the scenic roads of St. Joseph Island.

With most of the province entering Stage Two of Ontario’s three-stage reopening plan, like other local bike shops, Vélorution has recently returned to work (following social-distancing measures). The store is seeing long lines and customers eager to enjoy the first few days of summer.

This suggests that many are taking up biking to relieve Coronavirus-induced stress.

“It’s wild how busy it’s been,”  said Roubal. “What we’re doing is trying to support people getting their bike fixed or getting a new bike.” A lot of people have not been able to access these services since the shutdown a few months ago.

Outside of the Sault, regions in the United States have seen up to an 100 per cent increase in cycling, according to The Guardian.

Given the fact that cycling has health benefits even outside of a pandemic, Roubal hopes that this momentum continues even after Stage Three.

“I hope, when things get back to normal, people adapt to being outside.”