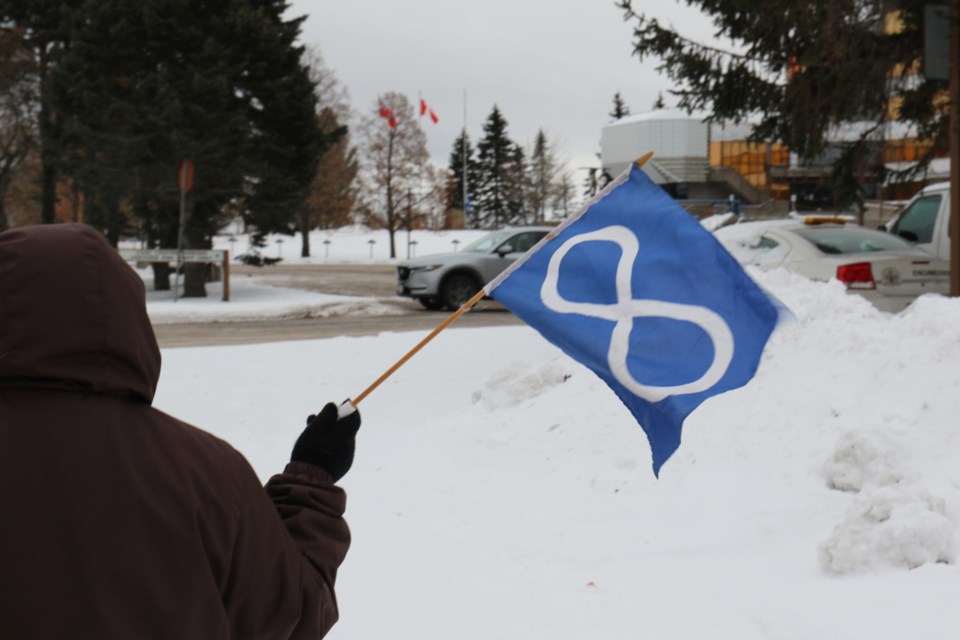 Leadership with Métis communities in Sault Ste. Marie and surrounding areas have signed what’s known as a regional implementation agreement with the Métis Nation of Ontario (MNO) that recognizes its inherent right to self-government in the region.

Representatives of the Historic Sault Ste. Marie Métis Council, North Channel Métis Council and Region 4 of the Provisional Council of the Métis Nation of Ontario were joined by MNO President Margaret Froh Tuesday for the virtual signing ceremony, which was witnessed by descendents of Métis signatories to an 1850 petition that sought to protect Métis lands at Sault Ste. Marie.

Mitch Case, Region 4 councillor for the Provisional Council of the Métis Nation of Ontario, tells SooToday that the regional implementation agreement is an extension of the Métis Government Recognition and Self-Government Agreement signed in 2019. The goal of the agreement is to create a new government-to-government relationship between Canada and Ontario Métis. The MNO secretariat has been incorporated as a not-for-profit corporation under provincial law since 1994, which Case says doesn't work as a governance structure.

“It takes that significant victory made by the MNO on behalf of all Métis communities in the province, and then brings that home - basically, it’s pulling that down from the tree and bringing it home to the region, laying the path for freeing ourselves from the not-for-profit corporations act that we’ve been stuck in for decades, with no other path forward but to organize through the not-for-profit corporations act, and creates opportunity for us to truly build a government that is not only recognized, but is truly built by us, for us, and in a way that is culturally responsive and accountable to it citizens,” Case said.

The Métis community in the Sault and surrounding areas along Lake Superior and Lake Huron will develop a workplan and begin the process of community consultations with MNO citizens in the coming months.

“The socioeconomic inequities faced by Métis people in this province and in this country, we know that the solution to that is self-determination,” said Case. “We know that we have the answers in our own communities, and the denial of our right to govern ourselves, our right to determine our own path is one of the major barriers.”

“We have now full, up-front recognition from the federal government of our inherent right to self-government. This agreement now puts in place the path for us to determine what that government will look like as it grows, and as it transforms into a modern, effective, efficient 21st-century government.”

MNO citizens in Region 4 are encouraged to update their contact info with the MNO registry.