In this Q&A, Mindy gets tangled up in a discussion about Julia Styles' hair. And Angela tells us whose name is tattooed on her wrist
Oct 30, 2019 1:00 PM By: Mindy Furano 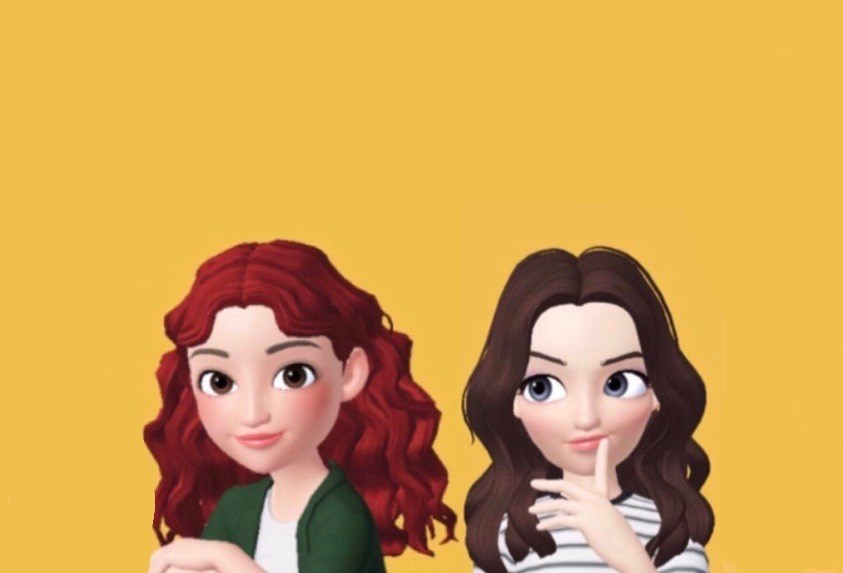 Angela Caputo, left, is a successful restaurateur with designs on becoming a chef. Mindy Furano, right, would probably be more regular with this column if she wasn't constantly LARPing.

Mindy: Around Sault Ste. Marie you’re known for your restaurant The Breakfast Pig and recently won a Northern Ontario Business Award beating over 80 nominees. Now I would like to know the Boss behind the business. How does that sound?

Mindy: I didn’t even have this written down, but I’m curious, how do you feel about local business owner and rockstar Amelia Ritchie being interviewed before you?

Angela: I mean, Amelia is older than I am so she should do things before me.

Mindy: Is it a sort of respect your elders situation?

Angela: Yeah, she should do things before me and so I can come and clean it all up after. No, I’m kidding.

Mindy: Hey, I think it was a great answer.

Mindy: Alright, first real question. How does country music make you feel on an emotional level?

Angela: Okay, crucify me if you want, but new country makes me feel like I could die, but old country is really good. I went for a walk this morning and I was listening to Mary Chapin Carpenter.

Angela: Yes! It just came on my iphone this morning…

Mindy: I remember my friend and roommate in L.A. playing her every time we would get ready to go out!

Angela: All of that music is fantastic.

Angela: Yeah! Like C.M.T. music days? That’s my shit. Winona Judd strikes a chord in my heart like no other. So, I have a list of Queens…

Mindy: Who doesn’t? Sure. Yes.

Angela: Shania Twain is on it, she’s a Canadian Queen.

Angela: Winona Judd is on it.

Mindy: Oh, she kicks it in every corner.

Angela: Beyonce is the QUEEN Queen.

Mindy: Okay, fair, yes. Then we work our way down.

Angela: We work our way down. I have some country Queens in there.

Angela: Cher’s in there. People say Cher isn’t country and I’m like, go back and listen to her.

Angela: Just like Jessie James? Tell me that’s not country.

Mindy: What’s a place you haven’t been to that you would like to visit to try their cuisine?

Angela: Italy. I’m actually planning right now, a bunch of things to get me to Italy. I can understand Italian but I don’t speak it. So I’m going to learn the language. I’m also working on getting my chef’s papers done, because I would like to go to Italy for maybe a month or two, and work for free under an Italian chef.

Mindy: Taylor Swift or Lady Gaga? Also, now that I know about your Queen list, are they on it?

Mindy: A shame for Lady Gaga.

Angela: I would say Gaga over Taylor Swift. I’ve been watching a lot on her lately like her documentary and I’ll say she’s getting there. But, shoutout to my girl Gayle Katzenback, she was a Swiftie and committed to Taylor Swift. I would tell her that Taylor Swift was trash but I do try to respect to her and listen to her new music now because of Gayle.

Mindy: I imagine because of that you have a new positive association with Taylor Swift also.

Mindy: If you could compare yourself to one fictional character, who would it be?

Angela: I would say Rogue from X-Men.

Mindy: Well I love and was not expecting that.

Angela: I want to fly around and have beautiful red hair. People can talk about Professor X or whoever, but I feel like Rogue was kind of the boss of the X-Men.

Angela: Beyonce played Storm that one year too.

Mindy: It all fits!

Angela: It all fits.

Mindy: What are three of your favourite movies of all time?

Angela: Oh, you should. The guy who played McLovin is in it.

Angela: No, this is old and he’s super into live action role playing.

Mindy: I like how you feel I would be really into that, specifically.

Mindy: I’m currently signing up for several live action role playing groups on my phone as we speak.

Mindy: Now I’d like to do some word association. One could argue this exercise is on par with a professional psych eval. They’d absolutely be incorrect, but could argue it just the same.

Mindy: I was really looking to trap you in a maze of your mind’s own doing, but you proved better than that.

Angela: It makes it harder to anonymously say mean things to people.

Mindy: If this person walked into The Breakfast Pig, I’d probably cry.

Angela: Beyonce. I got this Beyonce tattoo on my wrist that has 'Be', then 'Yonce', because I find if I’m nervous going into a meeting or something business related, I’m always like, unless Beyonce is in the room, you are the Beyonce.

Mindy: I love that.

Mindy: My three favourite things in the world are . . .

Angela: My nephew, my dog, and these pumpkin pancakes we’re eating.

Angela: Funny, I think growing up my dream was to be a mom and a wife and now my life is so different than that. Not that I have anything against that, moms and wives are like the best people in the world, but I have a lot of things I want to do first. It’s not my dream in life any more.

Mindy: It would be an aspect of it maybe one day.

Mindy: Say I donated to PETA once in 2016 and now they won’t stop sending me disturbing mail. Should I contact them to leave me alone, or should I lean into this and start protesting The Breakfast Pig.

Angela: Listen, life is about balance. We currently have a vegan group that is terrorizing us via Facebook constantly, but at the end of the day, I still respect what they’re doing, because I respect people’s values and we serve plenty of vegans and vegetarians here. The thing with extreme groups is you have to respect everyone, meaning they need to also. We also work hard to promote the fair treatment of our animals.

Mindy: Yes, and it’s all local.

Angela: Yes, I feel really good about what we do here and how we do it.

Mindy: Final and most important question, what’s your favourite colour?

Mindy: Because of the hair?

Mindy: Did she dye her hair?

Mindy: Hm, I think this is where we have a divide.

Angela: What?! She has all the ginger features. Think about Julia Styles.

Mindy: Hmm. Do you think I have ginger features?

Angela: Are you a ginger?

Mindy: Listen, I’ll do A Bit About…Julia Styles next week and ask her. She’ll have to move here first though because these are exclusively local.

Angela: Julia is a ginger.

Mindy: Maybe it’s time you throw in the towel and give up on your dreams of being a ginger with Julia Styles.

Mindy: I think we are on two separate search engines on our phones right now because my photos are all blonde.

Mindy: Thank you so much for your time today, Angela.

More A Bit About