Seen any police on bikes lately? Here's why

In recent weeks, you may have seen Sault Ste. Marie Police Service officers patrolling areas of the downtown on bicycles
Jun 30, 2020 2:02 PM By: SooToday Staff 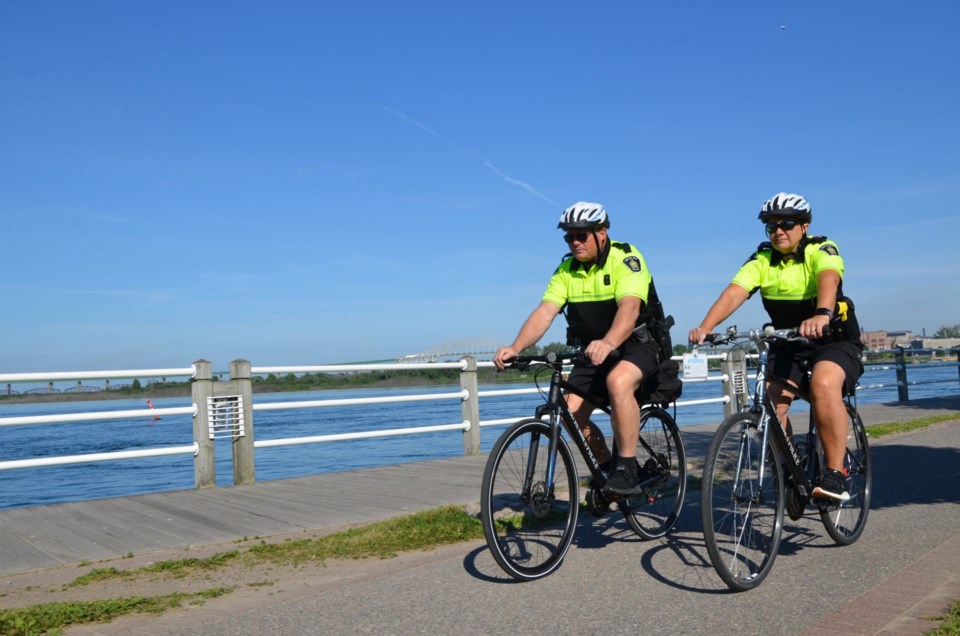 As long as weather permits, you will see Sault police officers patrolling the downtown core on bicycles.

City police announced that they will be conducting bicycle patrols during the day on a regular basis, using the Station Mall office as a base.

In a press release issued today, Sergeant Nikki Magnan said that “officers on bicycles are able to maneuver into many areas cruisers cannot access.”

The release states that officers are highly visible in their Bicycle Unit uniforms and are ready to answer calls for service.